I was getting a bit worried about Butter. Not worried, really, but wistful. He hasn’t gone through the Age Three Incessant Why phase. And I rather miss it. I loved telling Peanut several years ago why the sky is blue and why there are white and yellow lines on the road and why bread has holes in it and why toilet paper comes on rolls.

But Butter doesn’t ask why. 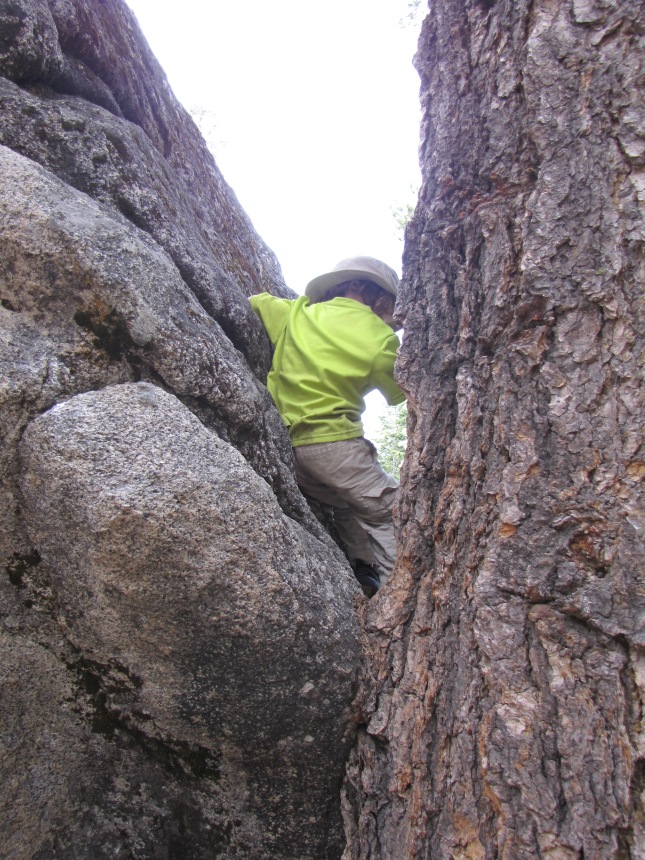 Look at that: navigating between a rock and a hard place.

And I wondered, for the briefest moment, if he might be his own person, built differently than his brother and I are. He’s not of course. He’s my baby doll to do with as I please and to coerce into my plans and to bend to my whims.

[Let’s let everyone who has ever known a three-year-old pause to laugh after that one. If you’re bored while you wait for the cackles to die down, go see what Peanut did when he was Three, for a sample of this delightfully demonic age.]

So as I longed for the Whys and fretted a bit and wondered if I’d missed an important phase, I realized the reason Butter has skipped Why.

Because his approach is “Why should I believe you when life is so uncertain?”

If I tell him that cheese might be white or orange, and we’ll see what’s at the store, he’ll tell me, “Mommy. Maybe it’s blue. Don’t tell me no. Because MAYBE.”

When I tell him that we’re going to eat, take a bath, read, and get in bed, he tells me, “And maybe we’ll go for a bike ride. Really, Mommy. Maybe.”

Hard to argue with maybe, I guess. Can’t imagine where he learned that.

Tonight I told him that tomorrow is Tuesday. He said, “Mommy. It’s maybe going to be Monday. MAYBE. Maybe, Mommy.”

So instead of searching for a scientific cause, a reason for that which is, Butter’s looking for a nuance that will let him out of the laws of physics. And society. And the space-time continuum.

He’s looking for an out, not a why.

I think a legal career, maybe. Or advertising. Shades of gray. Politics, perhaps.