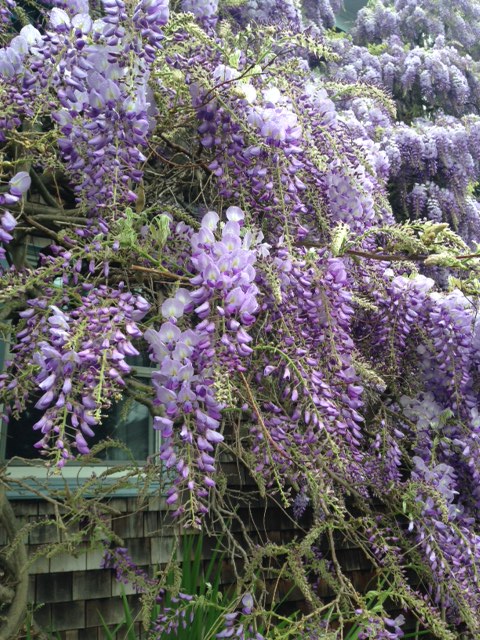 By 4:07am I’m worried that I’m not getting enough sleep. Or exercise. Or vegetables.

And that I’ll sleep past my alarm. 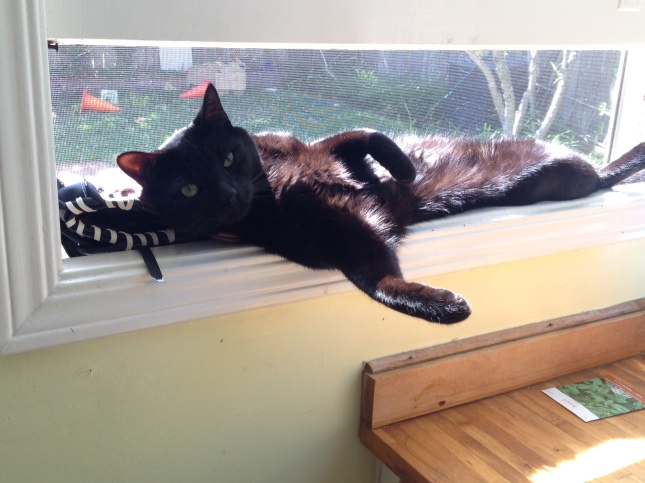 It’s the last week of school. I am dropping off plates for the kindergarten potluck, hummus for the fourth-grade potluck, and petition for the dissolution of marriage at the county courthouse.

I haven’t read a book in four months. I haven’t fenced in five months. There’s just no time. I have crammed life so full of “should” that I can barely breathe. And I’m nauseated. Almost constantly. Wound so tight that I injured both sides and was barred from running for 6 weeks.

Not good for my mood, the lack of running and books and fencing.

I should really have a dance party with the boys before school today. Make a note. Remember that.

My life, through no one’s fault but my own, has become about list making. Planning, mandating, chastising, reporting events and discussions and thoughts. My thinking has become staccato, matter of fact. My writing feels terse. Shamed out of adjectives. I can almost hear the words I type begging for bullet points. 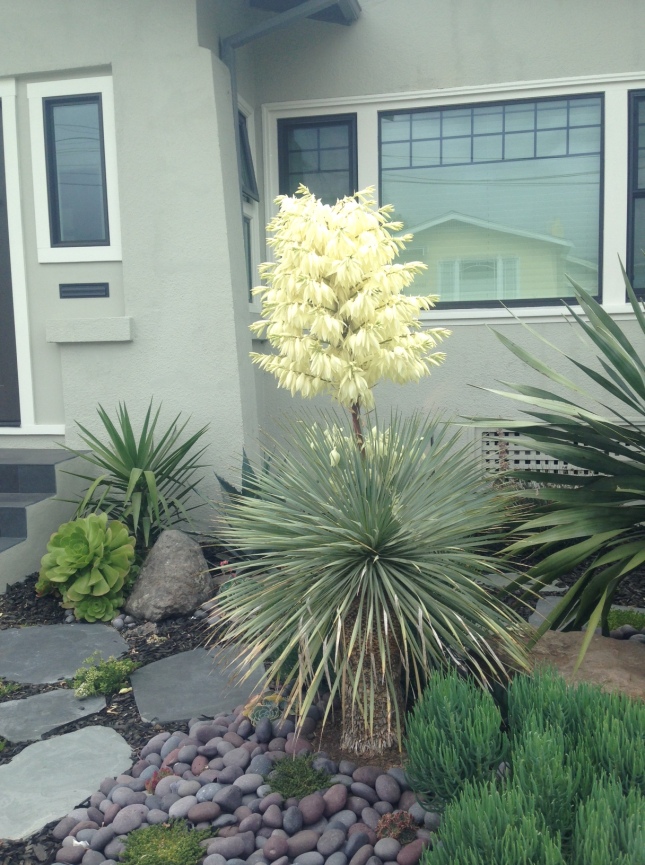 This is not just lack of writing time, single parenthood, lack of sleep, or overly intense focus on work, though it is, for the record, all of these. But in a bigger sense, I feel that I’ve become less of a person this year. Is it simply that there’s less to me than I thought there was?

It’s been two years since Spouse and I parted ways and tried to navigate the infuriating, heartbreaking, and complicated world of joint parenting. We haven’t bothered to figure out the logistics, again, through no one’s fault but my own. I didn’t want to add more tasks to my list.

But when I took the 10 hours it required to pause, make appointments, gather documents, make decisions, and participate in the first mediation session, I realized that I put the logistics off intentionally. No, I didn’t want to spend what will likely amount to 30+ hours of the Business of Divorce. But I also didn’t want to face the crushing disappointment of voluntarily ending my marriage. Twice during the mediation session I restrained myself from bolting out of the room. The whole two hours was physically nauseating. Not because we’re fighting, because we’re not. We’re agreeing on everything.

I missed fava bean season this year, because I was too busy. I missed cherry season, too. I think. My two favorite markers for the shift from winter into spring, then spring into summer. Completely forgot to notice, to taste, to revel. Having the boys’ dad pick them up two days after school means I am not in the right place to stumble across the farmers’ market anymore. And instead of walking the kids to school every day, I’m driving at least three days a week. That means I only caught a few days of vine week in Berkeley, the time where the air is almost dripping with the artificial-grape scent of wisteria during the day and heavy with the scent of star jasmine in the evening. For two weeks, Berkeley smells like living near a nectar factory. 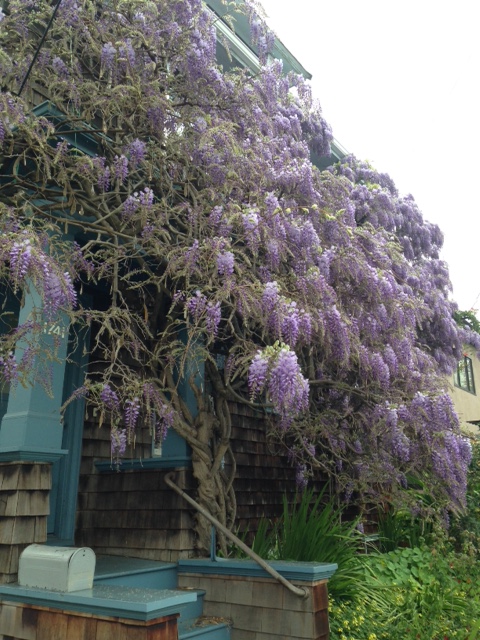 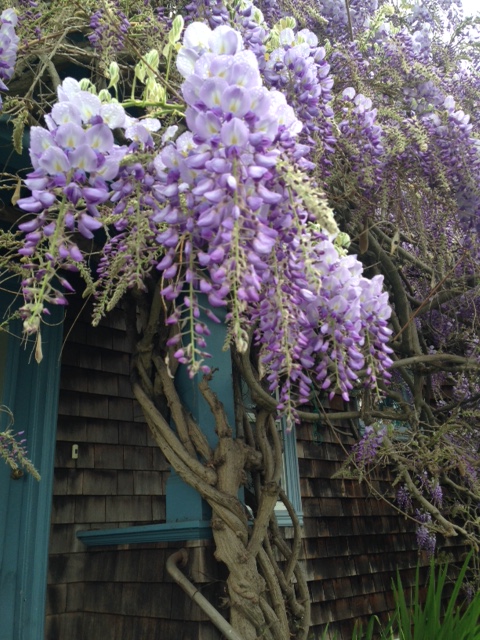 I missed most of that.

But school ends this week. And though I still have to work, it feels as though everything is opening, languorously, and extended without obstacles until September.

The paperwork is filed. Whatever step is next is just another step. Summer plans and work and divorce are all just steps. And I plan very much to put my head down and just step.

I’m cleared to run short distances, so this weekend the boys rode their bikes and I ran, to exactly the mid-point of what my doctor prescribed. We sat with a cold cup of tea and boba, discussing everything we could think of. And on the ride and run back, they found each others’ rhythms, for at least 20 minutes outgrowing the bickering and assumptions, falling behind each other or surging gently past, without cutting each other off, without discord. With grace and understanding.

I noticed their rhythm. I found mine. I celebrated not panicking anymore, not worrying that they’d hurt themselves or bump into someone else or ride off the sidewalk and into the street. I let myself notice the lack of worry, and to celebrate it. 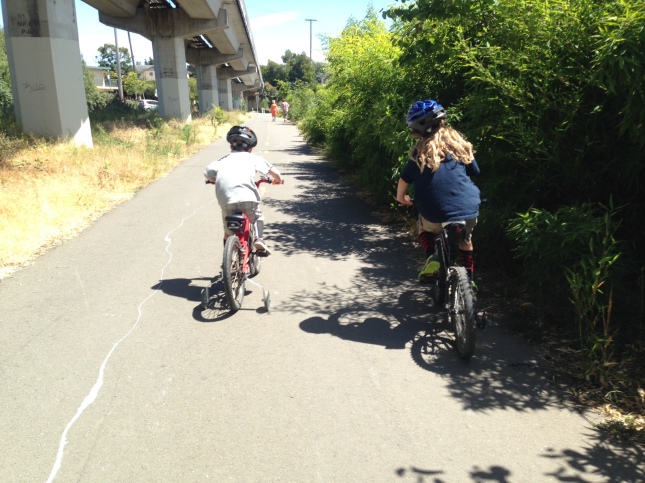 I hope with everything in me that this is a beginning. For them, a beginning of a long, hilarious, exhausting, splashy, filthy summer. For me, a transition out of marital limbo and into a realm where I find spaces in which to be. Quietly, mindfully, not shoulding myself to death. For all of us, I hope this is a beginning, a new understanding of each other, with tools to make our family everything we need it to be.

All that from a date on a school calendar and a stack of papers with a courthouse stamp. 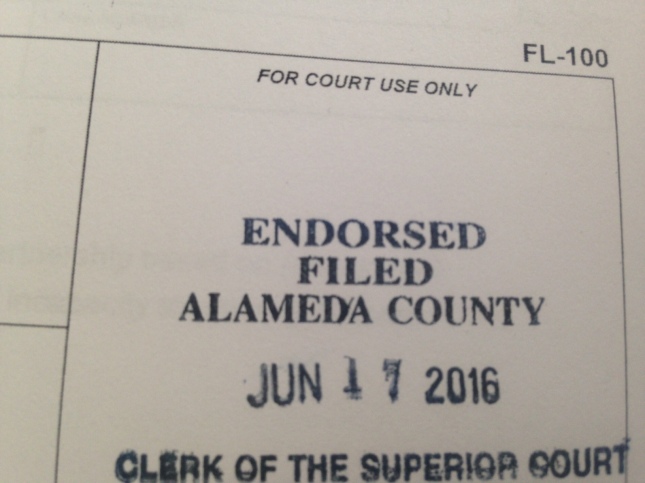 4 thoughts on “Summer, grant me peace”