Peanut cast his first ballot in a national election when he was 2.5 years old. He didn’t pull any levers, because that’s illegal. But he was sitting on my hip in a sling while I voted. And I’ve been taking both boys to vote, despite my preference for early voting, to every election since.

I want to teach them voting is important. And I focus on reading them ballot initiatives and discussing candidates’ positions so they understand why people vote different ways, and why every vote matters. 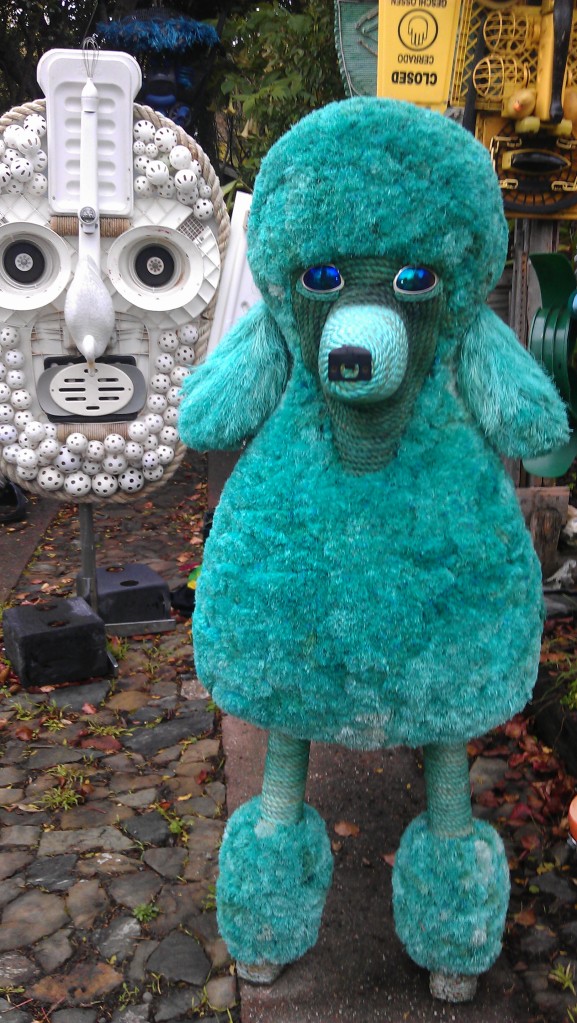 We’ve been seeing dozens of signs on front lawns, a handful of mailing supplements, and billboards aplenty. No on D. Yes on D. And Peanut wants to know what’s with all the hubbub, Bub.

I talked to him about the measure itself. Measure D is Berkeley’s Tax on Distributors of Sugar-Sweetened Beverages initiative. It’s been framed as Berkeley vs. Big Soda. And as local government sticking its nose where it doesn’t belong. The truth is somewhere in between, as is always the case with ballot measures.

I told Peanut that the basic idea is, if this measure passes, when you buy a soda, you have to pay more. A few cents. And that money accumulates and pays for the government’s costs for healthcare and services. That the people who wrote the bill want the cost of making a choice that hurts your body higher so they don’t have to pay so much later to help bodies that are hurt by soda.

It’s not that simple, of course. But he’s eight. Voting needs to be simplified a bit when you’re eight.

He shrugged. “If it’s bad for you, and the tax is only a few cents, you should vote for it.”

“Maybe. But if the goal is public health, why not chemically-sweetened sodas? Why not juice? Why not tax sugar itself?”

“Because,” he said. “Sugar can be used a little or a lot, but in soda it’s a lot. And soda doesn’t have protein or fat, just sugar.”

We’ve gotten too many mailers from the Beverage Industry, which whine that the measure doesn’t tax sugar-added coffee drinks. It does tax them if they’re in a bottle on a shelf, but not if you order one freshly made. But the goal is not taxing sugar; the goal is to tax sugar-sweetened processed beverages. Adding sugar to coffee later is optional, even with frothy $5 coffee drinks with syrups and whipped cream. You can order those without syrup or whipped cream. You can’t order a Coke or Pepsi without syrup, nor can you order a Starbucks bottled, shelf-stable thingamabob without sugar. Because those drinks are processed and packaged with the sugar already added, they are, in fact, different. Soda manufacturers don’t have to like that difference, but it is still a difference.

So what about the public health benefit of reduced consumption and increased tax revenue for health education?

There’s no way to determine that consumption will go down based on a tax. People still smoke, despite tobacco taxes. But they do smoke less. People still drive, despite heavily taxed gasoline. They drive a smidge less when gas is over $5 a gallon. But the increased revenue from Measure D’s penny-per-ounce tax pays for healthy-eating education, so ideally it will have an aggregate effect where each additional tax collected will further drive down consumption. It might wind up disproportionately taxing poor and less advantaged residents who will drink soda for a variety of reasons, including the low cost offered by federally-subsidized sugar priorities and lack of access to healthy alternatives at neighborhood markets.

I had Peanut read the mailers we keep getting. Clearly, the American Beverage Association seems terrified of this initiative, because they’re pouring enough money into mailings to pay for the education of all Berkeley students ($11 million at last count; I have no idea what that would pay for, but it’s a gobsmacking amount of money to preserve the low cost of soda and makes me mad enough to vote for D regardless of the nuances).

The marketing efforts focus on how residents must be confused about Measure D.

Confused? Marketer, Berkeley has one of the most educated populations in the country. Don’t you worry your sweet corporate head about our confusion. We’ll be okay. Across the Bay, San Francisco is deciding a similar measure. Don’t worry your CCM degree about them, either. They’re pretty smart, too. 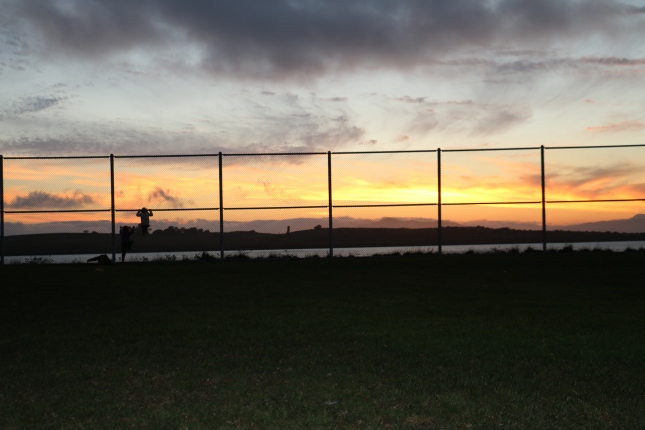 my son trying to escape Berkeley for San Francisco

What would make Measure D successful despite its limitations is if it cracks the door for governments to push food producers toward actual food rather than lab-facsimiles of food. Ideally, this will get us talking about federal subsidies for sugar and corn syrup. Hopefully, Measure D will spur a diet soda tax. Perhaps Measure D will get us talking about the artificial colors, banned in other countries and in U.S. cosmetics, but legal in our food. Maybe Measure D will get some effort behind the nutrition programs in Berkeley, where we’re teaching our kids to grow, prepare, and eat healthful foods but face smaller and smaller budgets.

If nothing else, Measure D has allowed some good talks in our house about legislation, about nutrition, and about why it’s important to vote.